Last night, after spending a chilly autumn evening watching the Asheville Symphony in Pack Square, we stumbled upon the Rural Academy Theater in Pack Square Park. The troupe had traveled on horseback from Boone, NC, and they put on an incredible show, complete with two silent movies that they showed at the end. 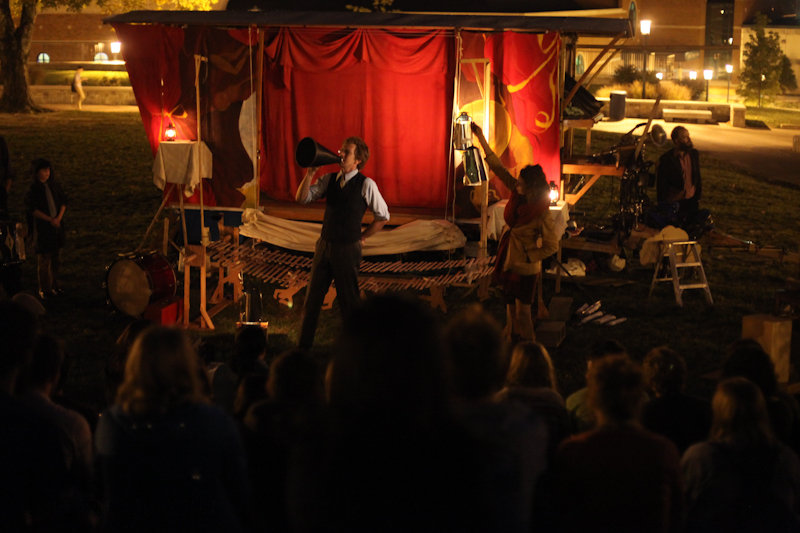 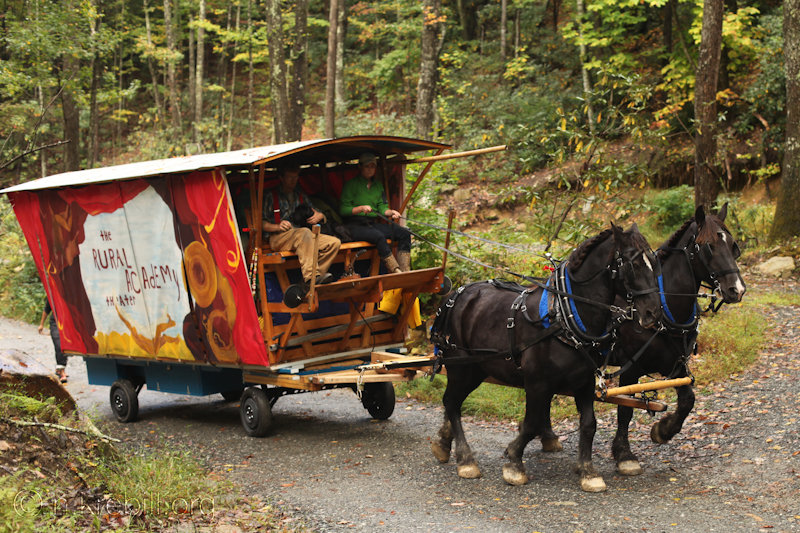 Here is a snippet from their website about who they are:

“By not relying on gasoline powered propulsion or being dependent upon electricity and the typical expensive gadgetry associated with professional theater, we will be traveling and performing at a much more human pace, one that will allow for a more thorough integration into the communities and lives we visit,” said Gabriel Harrell, the theater’s co-founder.

Central to the theater’s mission is to celebrate and call attention to the rural, in opposition to the global urbanization of our culture, economy, food, media, education and art. “While most theater and communication systems at present promote high tech, expensive and therefore exclusive models, we will present a distinctly low tech, inexpensive, inclusive model,” said Noah Harrell, Gabriel’s brother and co-founder of the company. Of the project’s socially minded agenda and community volunteer/workshop opportunities, Noah adds, “We feel such a model empowers individuals and communities to speak for themselves, facilitating the discussion of local social justice issues and connects communities through socially minded art.”

At the end of the program, they showed a silent movie called “The Cameraman’s Revenge,” by Vladislav Starevich, a Russian and French stop-motion animator who used insects and other animals as his protagonists. I have included it below.

The project was powered by a bicyclist volunteer from the audience and the film was paired with music from the Rural Academy Theater, with accordions  strings, and trumpets. I am completely enthralled by stop-motion, not only how much detail goes into it, but what a bridge it was into technology that we know today. The fact that the objects are moved in such tiny increments between individually photographed frames is pretty amazing and such a dedicated art form.

I hope you enjoy!