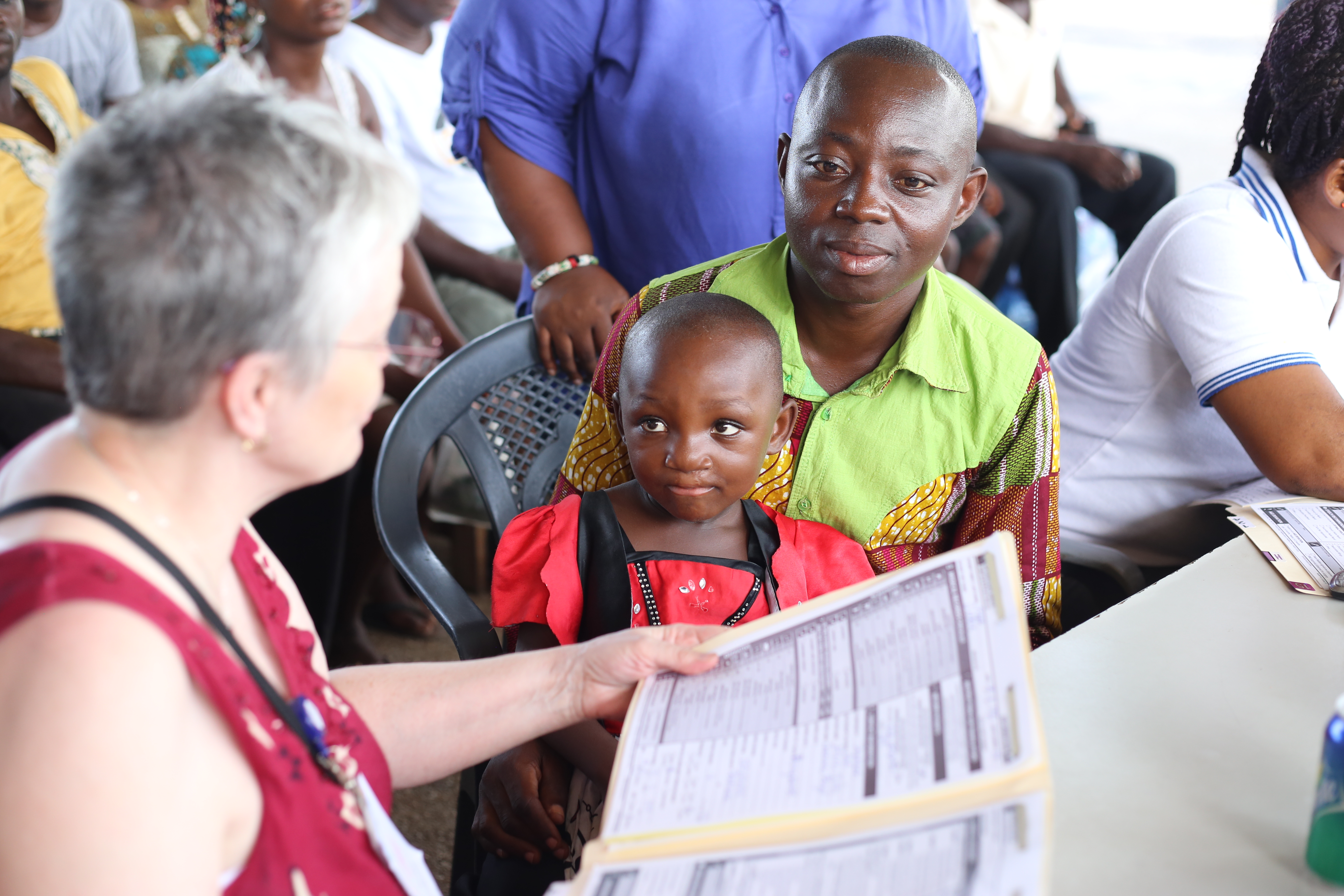 Deborah is a joyful, smart and eager child.

You wouldn’t know it by talking to her but she’s experienced a lot of hardship in her five years. Moments after Deborah’s birth in 2011, the family noticed her facial deformity.

It was something they had never seen before – a condition they didn’t know existed. They were devastated.

Deborah and her family came to the Operation Smile medical mission last month in Ho, Ghana, hoping for a spot on the surgical schedule.

I sat down with Justin, Deborah’s father, who shared with us their family’s experience of having a daughter who was born with a cleft lip and cleft palate.

“A few hours after she was born, my sister-in-law came to the hospital to see Deborah. When she laid eyes on her, she immediately ran out of the hospital room out of disgust,” said Justin. “She traveled back to our town and told everyone that my wife and I had given birth to a godless child. She said that she couldn’t stand to look at Deborah. That’s why she ran away.”

Deborah’s mother, Afere, was heartbroken by the situation that was unfolding. “When I first saw Deborah, I was very, very sad and cried,” said Afere. “I cried and cried that I had given birth to this child.”

Meanwhile, the sister-in-law was trying to convince the family to bring Deborah to the town so that she can take the child to a priest to do away with her – to kill her – because of her claims that the child is not a normal human being.

“During this time, I felt very sorry and worried to myself that I had given birth to this child.”

Everything changed when one of the nurses from the hospital convinced the family that, contrary to what they thought, a cleft palate is a birth defect, which can be corrected through surgery. The family felt a glimmer of hope. They stayed in the hospital for two weeks while the nurses showed them how to take care of Deborah the best way possible.

“While we were sitting in the hospital an advertisement came onto the television about Operation Smile,” said Justin. “I felt so proud and relieved when I saw that. I saw other kids like my daughter on the television. I saw these before and after photos and realized that child could one day be my Deborah.”

The following December, they came to an Operation Smile medical mission, went through the medical evaluation process, and Deborah was put on the surgical schedule for the following week to receive surgery on her cleft lip. When she was going into the surgery we were not nervous. We had seen the surgery outcome before and we knew she was going to be OK,” said Afere. “When we saw Deborah after the surgery, I was so happy! I started singing and singing, thank you to God and to Operation Smile.”

To read the rest of the story, visit: http://www.operationsmile.org/blog/ghana-family%E2%80%99s-experience-turns-advocacy