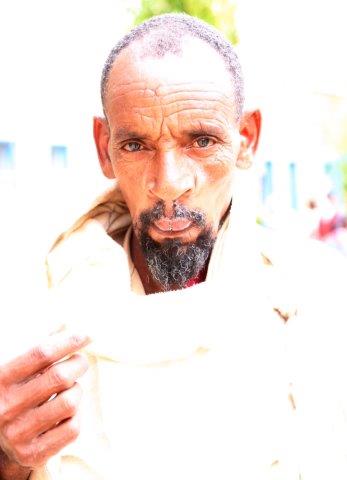 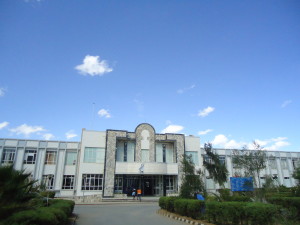 I have just returned to Addis Ababa from 10 days in Mekelle, Ethiopia where Operation Smile led a 4 table medical mission at Ayder Referral Hospital.

What a whirlwind journey. I am eternally grateful for the volunteer surgeons, doctors, nurses, speech language pathologists, and child life specialists and other volunteers who traveled from India, United Arab Emirates, Peru, USA, London, Sweden, Kenya, Egypt, Isreal and Canada. Together, we banded together to perform surgeries on 88 people. It’s magical to witness the team coming together from all over the globe. The group phenomenon encourages me and defines to me the pure goodness of humanity. It was an honor to be the one who picked these volunteers up from the airport and see the transformation that happened over a mere ten days. To witness the friendships and working relationships that happen to people throughout the week was something so pure and honest. The fact that everyone is coming together, from far and wide, with the sole intention of changing another human beings life for the better is humbling and propels me forward for my next medical mission. There were a numerous moments throughout the week that will forever me ingrained into my memory and I will expand on these over the next few weeks. Below I have shared one of my favorites.

As we were finishing the second day of screening (defining who is and who is not a candidate for surgery the following week), I got a phone call from the local program coordinator here, Jasmin Jimmy. She was on the bus with some of the volunteers leaving the hospital to go back to the hotel and as they were exiting the gates of the hospital they saw a 60 year old man draped in a white cloak standing on the dusty road outside the hospital looking confused and lost. She noticed that he had a bilateral cleft lip and asked me to go find him and see if he needed to be screening. I walked out the gates of the hospital searching for this man and found him leaning against the large wall that surrounded the hospital grounds. He used a corner of his white cloak to cover up his lip, something I imagine he has done since he was a child, and he looked defeated. 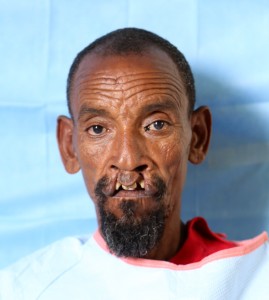 The defeat I imagine not just from that day and not being able to find Operation Smile that day, but from the years of having a bilateral clef lip and being shunned by his family and community. His eyes lit up when he saw me and he motioned towards his adult son who was waiting with him as well, excitement in his movements. Together the three of us walked back towards the hospital in silence. The language barrier didn’t allow us to communicate. We walked down the dark hallways of the hospital and into the screening room where I motioned to the man and his son to wait while we filled out a medical chart for him. I went to talk to Plastic Surgeon Ben Rodriguez about the case that had just showed up and he said “Put him on the schedule, I’m doing him.” On day four, they showed up at the hospital ready for surgery. As we walked him back to the operating room his son stood there in the waiting area pulling at his shirt and biting his fingernails, anxious, I’m sure, for what was to come for his father.

The surgery went wonderfully well. My only regret is that he could not have had this surgery earlier in his life. He could not stop staring at his face in the mirror.

Here is an after picture:

But it’s worth it. It’s all worth it.

At the final party in Mekelle I read this poem in honor of Judith Brill, our Field Medical Director and Anesthesia Team Leader who recently received an award from Operation Smile headquarters for her 30+ mission commitment to Operation Smile. She lives fully and honestly while changing lives and I am honored to have worked with her.

“I Will Not Die an Unlived Life: Reclaiming Purpose and Passion” by Dawna Markova

I will not die an unlived life. I will not live in fear of falling or catching fire. I choose to inhabit my days, to allow my living to open me, to make me less afraid, more accessible; to loosen my heart until it becomes a wing, a torch, a promise. I choose to risk my significance, to live so that which came to me as seed goes to the next as blossom, and that which came to me as blossom, goes on as fruit.