Earlier this week I was sent to Pajule, a town north of Gulu where the smaller IC office is, for a photo project. I went with Simon, one of the IC drivers, and learned so much about the history of the area and the struggles he and his family dealt with during the conflict. 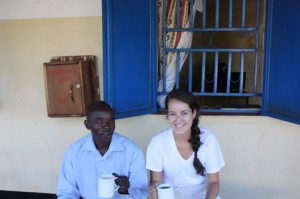 Simon and I gearing up for the day

Pajule is in the Pader district, where, for the greater part of the 2000s, the majority of the population within the district have been living in camps for internally displaced people as the result of the LRA. With the cessation of hostilities between the LRA and the UPDF (Uganda People’s Defense Force) in 2006, the majority of the people in the IDP camps have moved back to their homes. 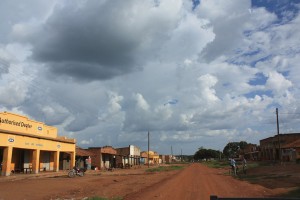 An hour into the trip, Simon informed me that we were driving through the village, Odek, where Joseph Kony (the head of the LRA and the International Criminal Courts most wanted person) grew up. We drove past a small mountain that that is where civilians believe the evil sprit of Kony comes from. It was surreal. I naively asked Simon what he thought life would be like if Kony had never been born and he simply replied “northern Uganda would have no problems, that life would be just fine and that people would be happy. Instead, every single family in northern Uganda has been tormented. I guarantee you that not one family in this entire region has been unaffected by this man.” Simon, himself, lost his own mother to LRA violence; she was caught in crossfire between the Ugandan government and the rebels. 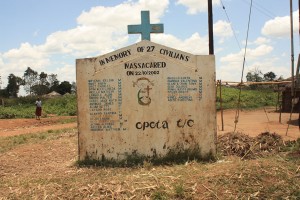 Memorial for civilians killed in 2002

When we got to Pajule, we met with the staff, had a lunch of rice and beans and went to a couple different schools to do some photo work. At the first school, the kids were bringing out their pottery projects they had been working on to dry in the sun. Here are some a snapped a couple photos of. I thought the gun made of pottery was pretty symbolic, especially following everything that Simon and I had been discussing in the car earlier that day. 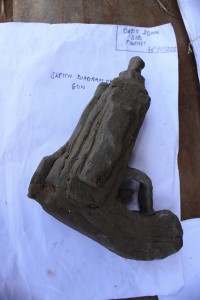 We got back to Pajule around dinnertime and sat on the front porch of the hotel for a while to watch a lightning storm. 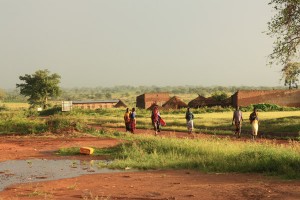 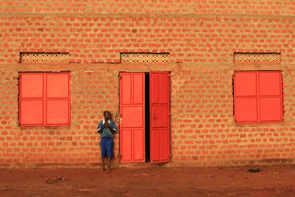 We then walked to the same restaurant we went for lunch for dinner, for cabbage, posho (a starchy dish made from cornmeal) and a stew made from dried fish. I tried to force it down. Not successful. As we were sitting at dinner, the three Ugandans I was with, from IC, started asking me to tell them stories about “that side” which is what everyone calls the United States. For some reason, the most exciting thing I could initially think to tell them about was water parks, and how amazing and fun they are…slides that are a kilometer long, roller coasters, etc. Then one of the guys told me that he grew up a stones throw away from the Nile, which trumps all water parks, in my mind. 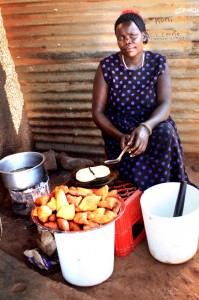 We proceeded to discuss family, and they were shocked, almost offended, by the fact that men in America do not pay dowries for their wives. When I told them it is sometimes customary for the bride’s family to pay for the wedding, I thought they were going to lose it!

The trip to Pajule was informative, interesting and filled with moments of awe. I am continually loving this life. 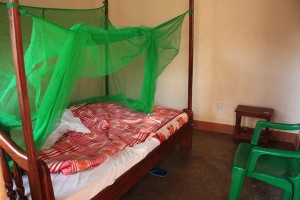 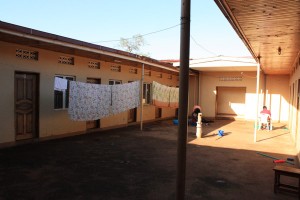 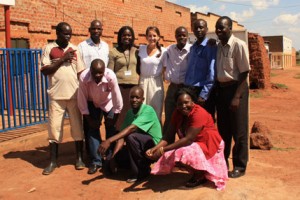 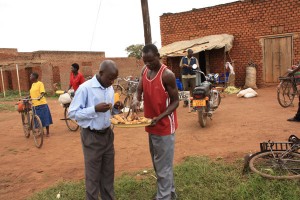 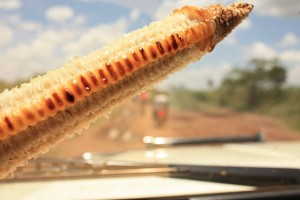 One thought on “Off to Pajule”