While in Gulu, Uganda one of the most incredible women I met was a stunning, charismatic soul by the name of Laker Irene, a member of the Invisible Children MEND team. She has the most amazing, infectious laugh I’ve ever heard.

I found out that Laker Irene passed away on January 3rd. From co-workers, it has been said that she died from childbirth complications, although that has not been confirmed. Watch this beautiful video of her here: http://vimeo.com/6985165

I was deeply upset by the death of Laker Irene. Death during childbirth is something I rarely hear about in the US, so I started researching the topic. I found out that each day 16 women in Uganda die in childbirth, or soon after, as a result of complications during pregnancy. Inadequate training of health workers is to blame for high maternal mortality rates in Uganda, according to the country’s health minister.

One organization attempting to combat this problem is AWARE, (Action for Women and Awakening in Rural Environment). Formerly the Kaabong Women’s Group, AWARE-Uganda was founded in 1989 to create local awareness of HIV/AIDS and combat domestic violence, discrimination against women and lack of government support to curb abuses of women’s rights in rural areas. I urge you to check out this organization.

The article below about Laker Irene:

“At the age of 14, Irene was captured by the LRA and taken to the bush.  Her life was never the same.  She joined MEND in 2007 after escaping from the rebels and quickly began working to provide for her children.  Her contributions at MEND were immeasurable and her friends there describe her as loving, devoted, hardworking, and generous.

Irene was a mother to Emmanuel, Derrick, and Moses.  She was a talented seamstress who spent the last three years making handbags that people around the world cherish.  She was a faithful friend and co-worker – a humble leader with a kind soul and contagious laugh.  She was a treasure and she will be greatly missed.

Some would say that the MEND program had a huge impact on Irene’s life, and they would be right.  But those of us who had the privilege of knowing her were also changed.  To us she gave a calm spirit, an example of true leadership, and the gift of her laughter.” –www.invisiblechildren.com 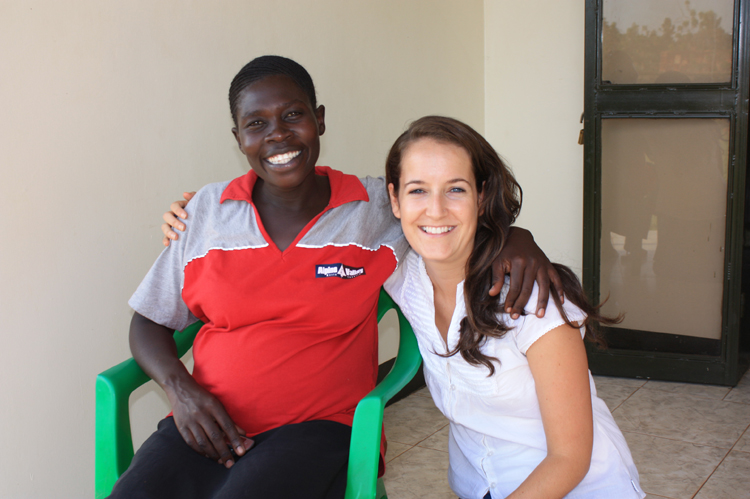 Laker Irene and I outside the MEND facility